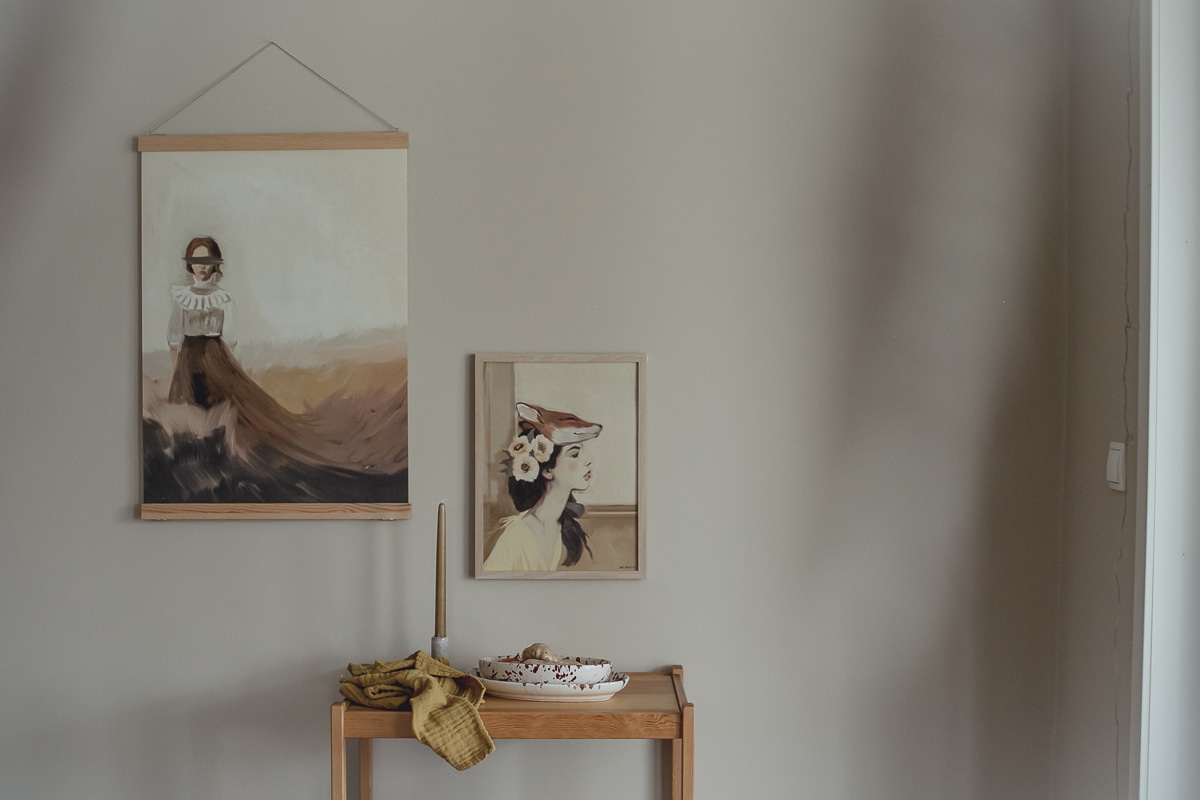 There were once two women who ran a poster company, but despite the fact that new poster companies exploded as powerfully as pollen in the spring, they rarely found anything to put on their own walls at home. Or they found lots, but had difficulty with selection and decision.

When the kitchen went from blue to a pale sandy color and the living room in the room next door got a soft warm tone, the walls need to get a little something. The blue kitchen had previously been so beautiful with black and white motifs, but suddenly the owner felt for new shades, color blocks, contrast. New portraits, new expression. And sometimes a art work remake feels as remarkable as a change of clothes during the commercial break.

So Malin got to paint portraits. We looked for inspiration and came to the conclusion that, unexpectedly, we liked exactly the same thing. Yellow tones, portraits, new environments, powerful contrast, mystery and many questions! A painting should raise questions, or at least shake off one or two emotions. That’s the least you can ask for, is it?

So really, this project was an internal gift. A little Christmas present for ourselves. But then of course it took off. We got a slew of hubris and thought again, if we like this so much there must be others as well. So a couple of weeks (or really months) later we launch no less than 6 new motifs in our adult collection. A small trail from our established market nursery interior decor, but sometimes it is great to take the small path beside the highway.

And suddenly everything went so fast that we forgot to take pictures of the cards, so they were actually launched just recently. 2-pack A6 cards on Wood and Almond that belong to the collection had to work photo models at the breakfast table one early morning while the coffee was made.

What happens if you close your eyes? Do you then become a thought richer?

…She breathes in. The abandoned place smells like old bed sheets. Even more so when she closes her eyes. Without this sense, it evokes deeper thoughts. The realisation that everything is in our own hands and that all else is meaningless.

Lady Wood is, of course, a yogi. From previous times. An old soul with modern tools. Who does not recognize themselves in that?

Lady Almond is our elite force fighter. She gets a high grade in the power barometer. She says that no matter how difficult it feels, you always have a choice. To leave, to walk away, to close the door. Bye. For long, or forever.

…She does not look where she is going, she has seen all there is to see. The impression of disenchantment remains, a heavy sense of betrayal. Yet she find releif in walking away. In leaving. A promise to not look back until it’s over.

Lady Magnolia has been around for a long time. In and out of time, she has knocking on the door. We’ve always liked her, but she has not really found her home until now. She was already in the sketches before the launch of earlier ‘Lady of the Lake’. Magnolia is our reminder that it does not matter where we are, more that we are and how we are.

… The place lacks all meaning, presence means everything. She carries all the warmth within her, the mental headdress she grew from the seeds she inherited. Everything is possible.

Lady Ebony from earlier Lady-collection had to make a come back in a picture.

Lady Meadow is a reminder that most things shall pass.

…A still breeze of soft, fleeting thoughts ripple across the surface. The storm is over; there are no waves, no invisible streams. Grateful for the comforting march of time, a compromise now, where the sea brings weightlessness and rhythmic solace.

" Right into production without samples or reflection time.
Not so long awaited, but just as beloved."

Lady Haze would not be in the collection at all. She did not exist. She came with a text message from the drawing board. Kind of, ‘look what happened’. So if you can have trailing child in the poster area, she is our trailing child. She came into our lives after what feels like ten years later. Right into production without samples or reflection time. Not so long awaited, but just as beloved.

She also sums up the whole collection so nicely. As if we were waiting for her without knowing. The entire collection is a tribute to strong and driven women who constantly impress and inspire us. The power of change through strong emotions and the phenomenal inability to let go. …

…Now or then, it matters not. Change comes from within, inspired by a strong feeling, a refusal to stand still. The act of changing yourself and, thereby others, for generations. A woman’s inspiring drive. Now, as it was then. 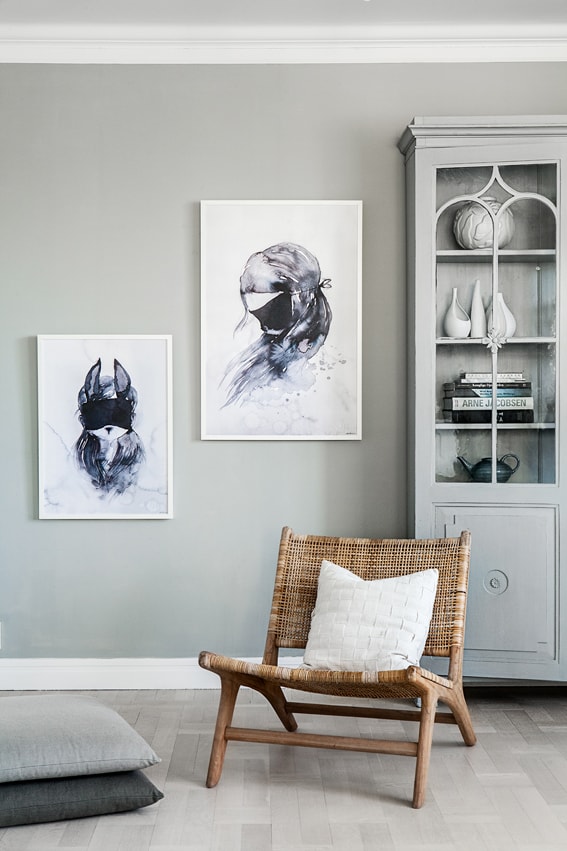 It always starts with a mood board. We’re gone photo hunting. Pinterest is such an inspiring place. I can get lost forever. Picture after picture. Click… 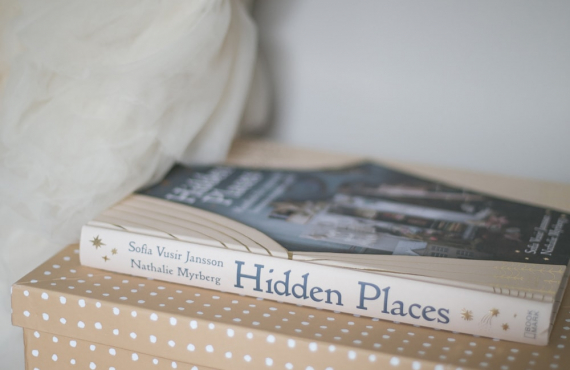 Posted in DIY
To read this post in Swedish click here. The most beautiful book of the year. Undoubtedly. We had so high expectations. Higher than Mt Everest.…