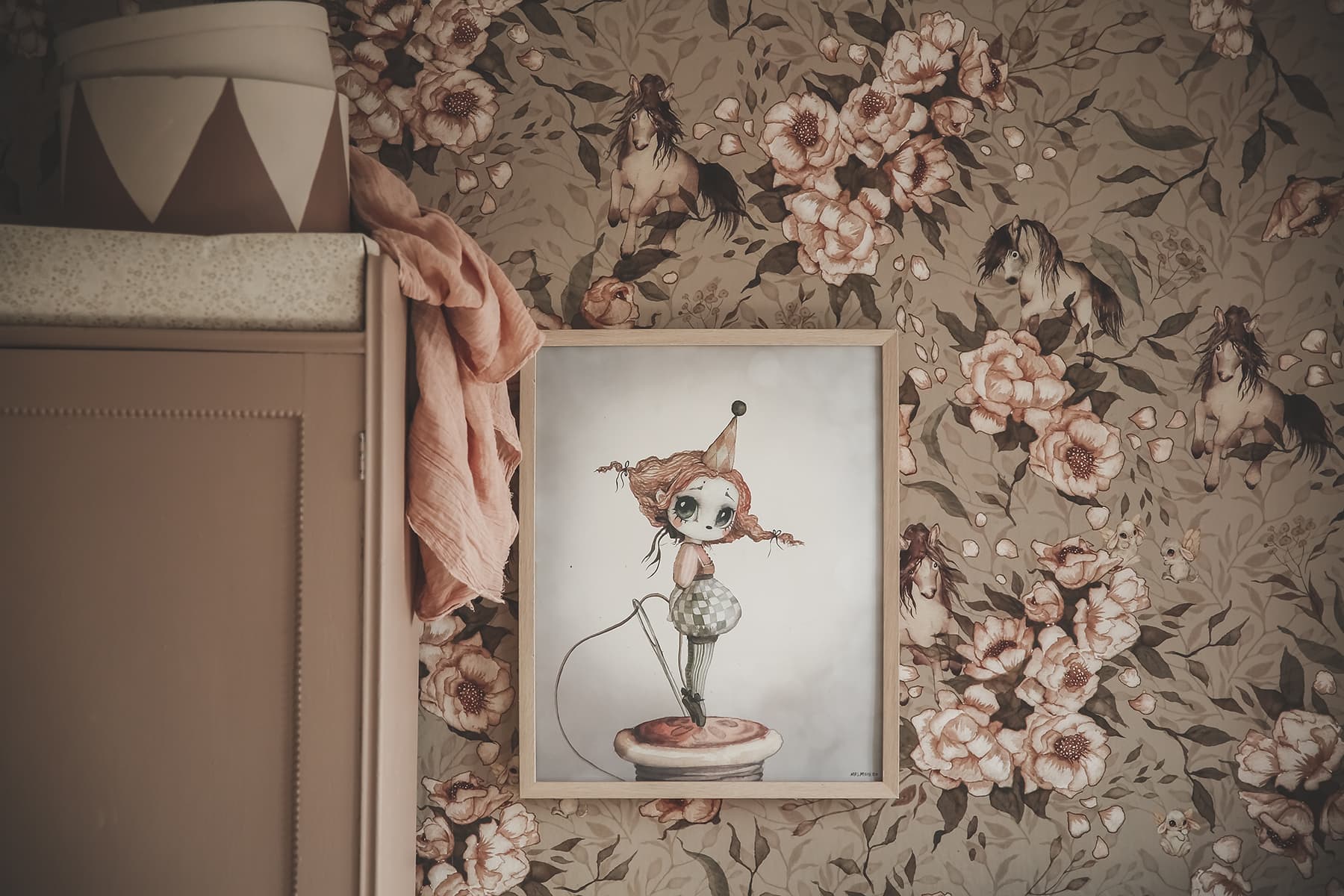 Posted in Wallpaper
Posted on 30 April, 202030 April, 2020No Comments on Good night to galloping horses, flying rabbit and flowers that are constantly in bloom

It started with Anna Kubel sending a screenshot on a wrapping paper that Hollie absolutely wanted to put as wallpaper in her room. I understand that Hollie loved the idea that this (not so) lovely wrapping paper would adorn her walls and that glossy flowers mixed with blurred ponies would be the first thing she saw when she opened her eyes after today’s goodnight to the same pony glitter. Dream center big time! At the same time, we understand that Hollie’s mother was not as impatient in the same idea. Typical situation when the mother and child should agree on what is best, well, then differences of opinion can arise. Like dress is not the best nursery item under the gallon trousers, like not eating a grape and four spoons of Nutella for breakfast, or that indoor football is not just a good idea after all. This category also includes whether it’s a brilliant idea to sprinkle lego pieces all over the floor to always have a black 2nd close at hand.

That’s when we hear ourselves say.
– We could make a wallpaper for Hollie. It would be super nice with horses, flowers and such. One can only exclude the glitter, the blurred, and all the pastels of the world gathered at one and the same time …

Anna is not a no-sayer. So quite quickly came a turning yes. Said and done. A not too lengthy decision-making process.

"Where I live. Among the flowers and the ponies."

And like all our products, the wallpaper also got its text. Maybe not because it was on Hollie’s primary wish list, a text you know, but still. And there in the room she now says good night to galloping horses, counting her flying rabbits and pretend scents on flowers that are constantly in bloom.

…Soft curls fluttering in the breeze. The gentle sound of hoofbeats crunching on gravel. Thick billows of dust fill the road. The air is alive with the scent of spring awakening and the sun’s rays bring their long-awaited nutrients. A shining, soft muzzle and big, kind eyes. I dream of galloping into the deep, dark forest and heading back to the warmth of my abode. Home. Where I live. Among the flowers and the ponies.

We are so immensely happy and proud that our first custom-made wallpaper of this kind became with Hollie and Anna, and they chose the nice pale, green variant. The wallpaper is produced in Sweden and has a delivery time of approx 5-7 days. It is fully customized to your particular wall so there will be no unnecessary spill, no need to think about pattern matching.

Today we have updated the balance with new wallpaper samples. They sell out at a furious fast. And you know, next week comes a new wallpaper … 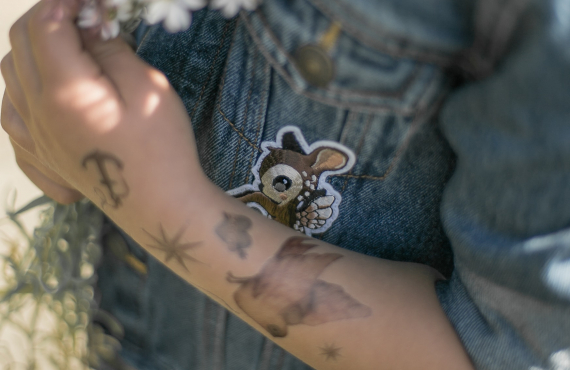 Posted in CollaborationsDIY
Without even thinking, we knew we would love this. I think it has to do with the creative mind. Personalize (even love the sound of… 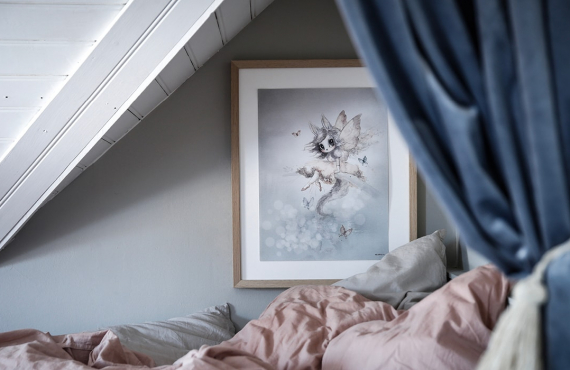 The lake is where the dragons were born. Their rare eggs are hidden on the lakebed until one of the other creatures living in the…