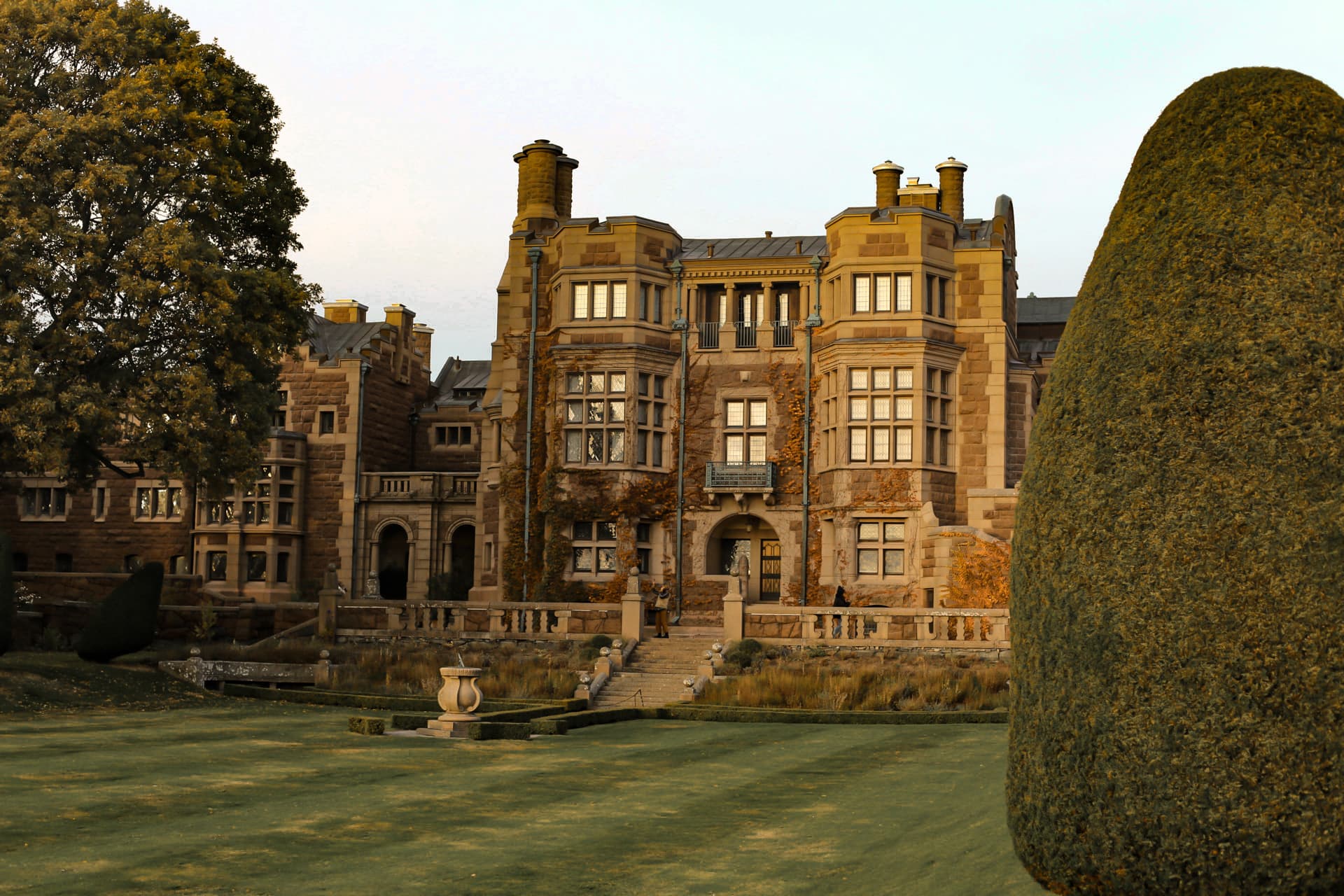 But when you stepped in, falling asleep was the last thing you wanted to do!

One day at the end of October (feels like so long time ago) when the cold arrived and the air was still, we went inside this castle. You know that castle that stole our castle-first-love and opened the doors of the fairytale world wide open. The walls gossiped that time had stood still. How many prominent people have enjoyed both future designs and upscale dinners here? And now, welcome inside …

– What a wallpaper, rapturous voices were heard. But oh no, this is a painted mural. You do not make joke about this. It’s so beyond incredible. Nor do you make jokes about the arches, the organ, the stately and mega-gigantic painting “The Queen of Saba” or the 18th century floor clock that strikes in the same way as Big Ben in London. None of these attributes are ever heard described in a modern home in the 2020s. No, it’s like riding a time machine right into the fairytale world’s nest. A portal to Liberty and the whole of England’s noble castle society.

This room enchanted me. With the light entering the large windows, I could not stop the thought; if I’ll wait, Cinderella herself will probably be dancing in with her light blue tulle fluttering around her ankles.

One day I will have a porcelain pantry and a work corner with antique books filled with poetry. Are these things you dream about when you turn 40, or have you always dreamed of it, but only now dare to admit?

What if I had dared to play the organ? No, you probably would not have the right to do that, would you? Who played on it the last time? That is something I forgot to ask Karin Kvicklund, she knows everything about this castle. But maybe that Johanna asked her? Must listen to her podcast (Inredningspodden) from Tjolöholms slott with fantastic Karin.

And what about these dragons! Lord God, do you see the dragons! I almost fainted – so nicely.

The modern shower was modern so to say, but I got lost in pink dreamy tiles and powdery bathroom dreams, and so modern anyway, with painter elements.

Goodbye from the castle with big C and Tjolöholm Castle is Sweden’s leading Arts & Crafts property. Built between 1898 and 1904, the castle is a bastion of faithfulness to traditional methods of manufacturing. Predominantly in Tudor style, the castle also boasts rare examples of Liberty & Co who were at the forefront of the Arts and Crafts Movement at the time, we have at least learned! 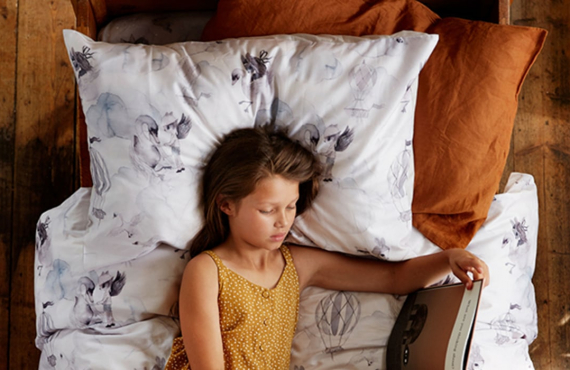 Jimmy Cricket present its first move into designer kid’s bedding and we got to be a part of it – yay! So proud over this… 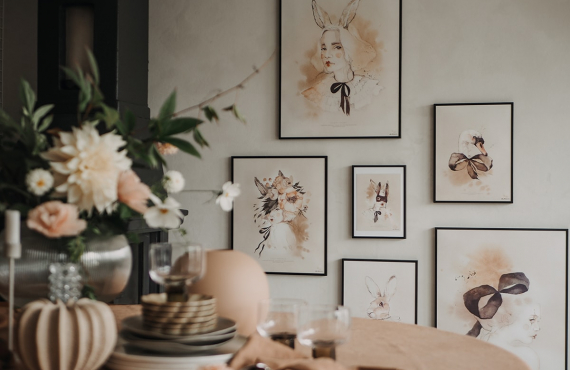 Posted in NewsPRINT
Lady Ebony …She rubs the sleep out of her eyes and gazes across a desolate lake. Slowly she brings nature back to life. Dew must…